Oil in the Ocean 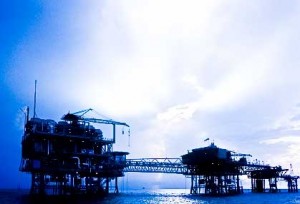 Oil rigs harvest crude oil from beneath the surface of the earth. 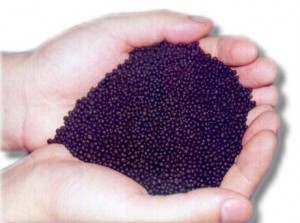 Crude oil is found in many everyday items, including plant fertilizers. 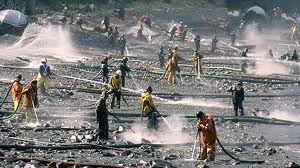 Workers cleaning up the Exxon-Valdez oil spill in Alaska. 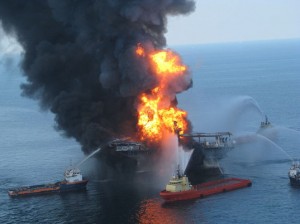 The Deepwater Horizon oil rig explodes in the Gulf of Mexico. 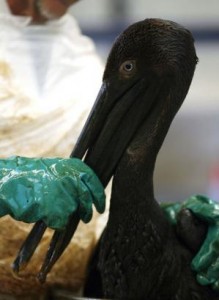 This pelican is coated in crude oil. 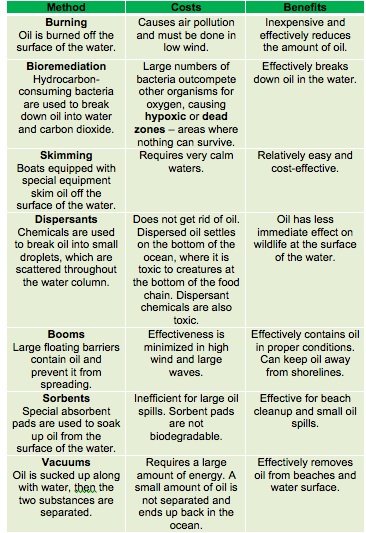 Currents in the Gulf of Mexico could carry crude oil to other regions of the world's oceans.

Bioremediation: A process in which hydrocarbon-consuming bacteria are used to break down oil into water and carbon dioxide.

Booms: Large floating barriers that contain oil and prevent it from spreading.

Burning: A process in which oil is burned off the surface of the water.

Dispersants: Chemicals used to break oil into small droplets, which are then scattered throughout the water column.

Hydrocarbons: Compounds that contain only carbon and hydrogen.

Hypoxic Zone (Dead Zone): Low-oxygen areas in the world’s oceans where most organisms struggle to survive.

Marine Oil Spill: Any situation where oil is released by human activity into the ocean or coastal waters.

Oil Drilling: The process of puncturing the earth’s surface and rock layers to extract fossil fuels.

Oiled: The term used to describe wildlife that has been coated in oil.

Oil Spill: The release of liquid petroleum into the environment due to human activity.

Pollution: The undesirable state of the natural environment being contaminated with harmful substances as a consequence of human activities.

Refined Oil: Crude oil that has been processed into other products, including diesel and gasoline.

Skimming: The process of skimming oil off the surface of the water using specially equipped boats.

Sorbents: Special absorbent pads used to soak up oil from the surface of the water.

Vacuuming: The process of sucking up oil and water, then separating the two substances using a centrifuge.