Currents in the Gulf of Mexico 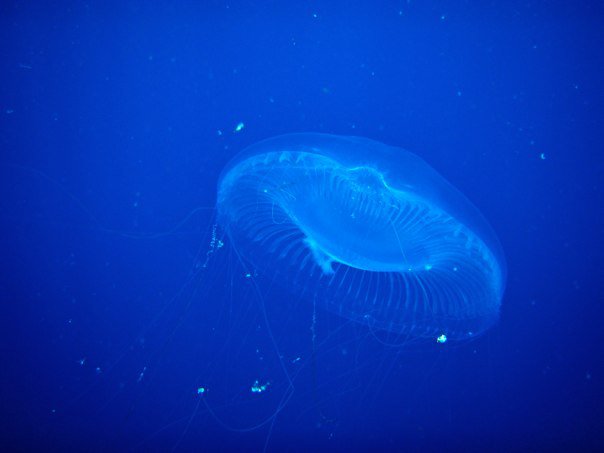 There are three main types of currents:

1. Deep Ocean Currents:   Water movement patterns more than 300 feet below the surface of the ocean. 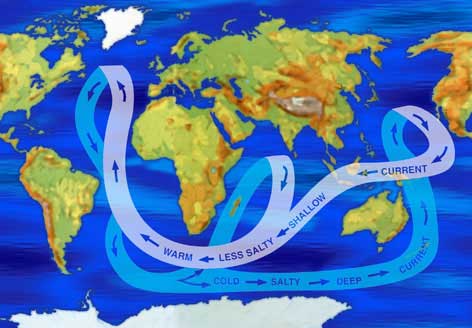 The global conveyor belt moves water throughout the world's oceans. Sea water freezes in the Arctic Ocean, excluding salt. The remaining cold, dense sea water sinks and moves south and east, carried by the rotation of the Earth. Deep water upwells off the coast of India and North America, where it travels south and west, and then north and west toward Antarctica to start the process again. A single water molecule completes this cycle in approximately 1,000 years. 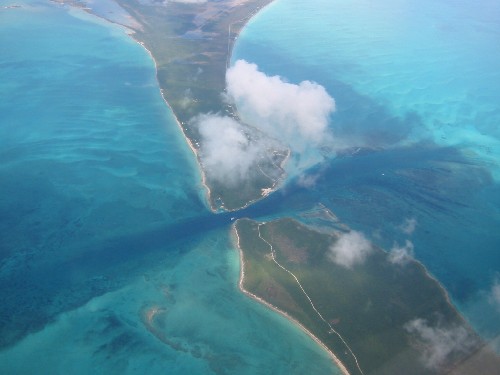 Tidal currents often flow quickly through narrow openings between islands. In barrier island systems, such as the system off the coast of Southwest Florida, tidal currents bring ocean water through inlets into bays and estuaries, creating a dynamic and ecologically important ecosystem.

3. Surface Currents:  Ocean currents that occur at depths less than or equal to 300 feet.  Surface currents are driven primarily by wind.

Currents in the Gulf of Mexico 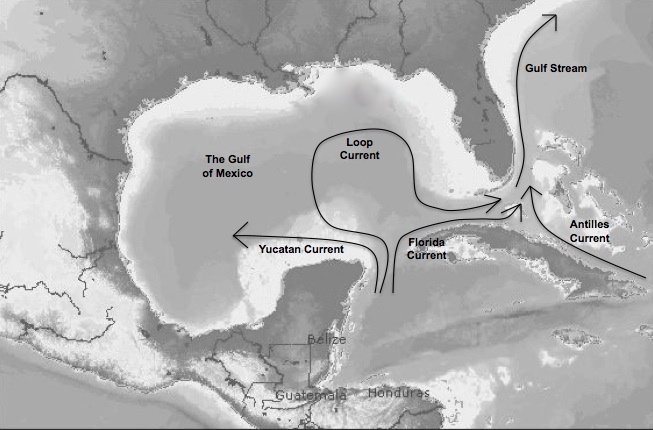 Deep Ocean Current: Water movement patterns more than 300 feet below the surface of the ocean.

Density: The mass per unit of volume of a substance.

Global Conveyor Belt: A large-scale ocean circulation pattern driven by wind and density differences in the ocean.  Cool, high salinity water sinks in the North Atlantic, travels in deep ocean currents south to Antartica, east across the globe, and north to the North Pacific, where it rises to the surface due to upwelling.  Water then moves in surface ocean currents south and west toward the tip of Africa and north via the Gulf Stream, returning finally to the North Atlantic.

Gulf Stream: A warm ocean current that flows from the Gulf of Mexico northward through the Atlantic Ocean.

Longshore Current: A current created by the energy released when waves break on the beach; these currents travel parallel to the beach.

Rip Current: A current that is the result of water funneling out of a narrow opening; the water flows away from land.

Surface Current: Ocean currents that occur at less than 300 feet below the surface of the ocean; most ocean currents are usually wind-driven.

Tide:  The rise and fall in sea level caused by the gravitational forces of the moon and sun in combination with the rotation of the Earth.