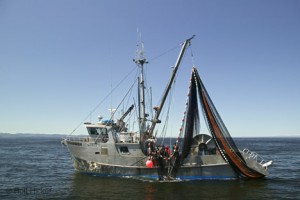 Commercial fishing is a multi-million dollar industry in the Gulf of Mexico. 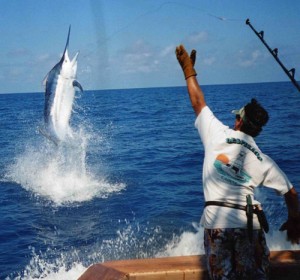 Sport fishing is a popular recreational activity in the state of Florida. 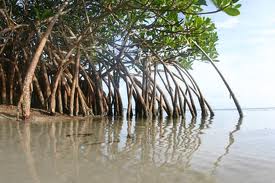 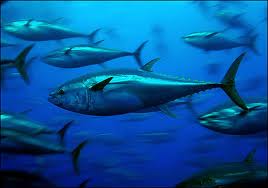 Bluefin tuna spawn in the Gulf of Mexico each year. 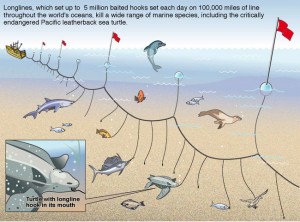 Longlining has a high rate of bycatch.

Bycatch: Any marine organisms caught unintentionally by fishermen while intending catch other fish.

Commercial Fishing: Capturing fish and other seafood to earn a profit.

Fishery: Is the industry or occupation devoted to the catching, processing, or selling of fish, shellfish, or other aquatic animals.

Longlining: The commercial fishing method of using a long line, called the main line, with many baited hooks attached; has a high rate of bycatch.

Mangrove: A coastal tree that is adapted to saltwater; provides important nursery habitat for many juvenile fish species.

Overfishing: The practice of fishing a body of water to a degree that the supply of fish or shellfish is exhausted and the nearby ecological balance is upset; the removal of fish from the water faster than they can reproduce.

Quota: A limit on the amount of fish that can be caught.

Sport Fishing: Fishing for the purpose of pleasure or competition.

Sustainable: In a manner that will not have long term negative impacts on the environment or population of organisms.

Trawling: A method of fishing that involves pulling a large net through the water; has a high rate of bycatch.