There are two broad categories of algae: 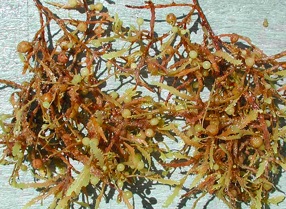 Sargassum is a type of macroalgae commonly found in the Gulf of Mexico. 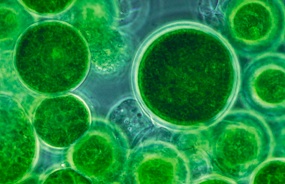 In order to view microalgae, you must look through a microscope.

Organisms that float in the water and whose movements are subject to the movement of currents, winds, and tides are called plankton.  Plankton can be divided into two broad categories: 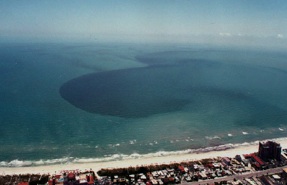 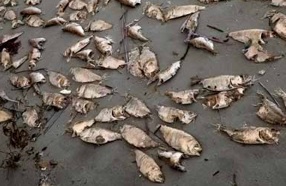 Autotroph: Any organism that obtains energy through photosynthesis.

Brevetoxins: Toxins released by Karenia Brevis that are poisonous to vertebrate animals.

Fish Kill: An event in which large numbers of fish are killed by brevetoxins.

Florida Red Tide: A harmful algal bloom that is the result of an accumulation of the microalgae Karenia Brevis.

Heterotroph: Any organism that obtains energy through the consumption of plants or other animals.

Microalgae: Single-celled photosynthetic marine organisms that cannot be seen without a microscope.

Nutrient Enrichment: The addition of more nutrients to a body of water than its inhabitants require for normal life, growth, and reproduction.

Paralytic Shellfish Poisoning (PSP): A serious and potentially deadly illness caused by the consumption of shellfish that have been exposed to Florida Red Tide.