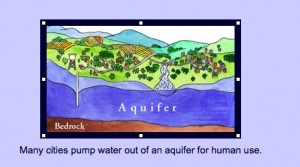 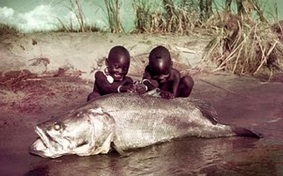 Nile perch is an important freshwater food source. While the Nile perch provides critical animal protein to a large population, its introduction into Lake Victoria and other freshwater ecosystems in Africa has caused problematic ecological imbalances. The Nile perch is considered one of the 100 worst invasive species. 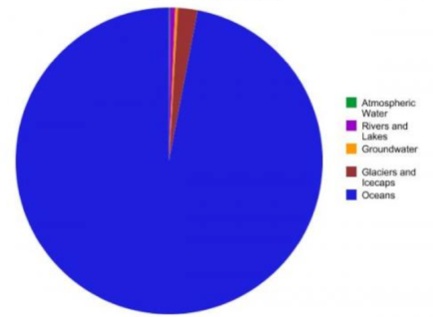 Distribution of water on Earth. While it may seem like fresh water is plentiful in your community, around the world, fresh, safe drinking water is a scarce commodity. Conserving fresh water is therefore one of the most important ecological challenges we face today. 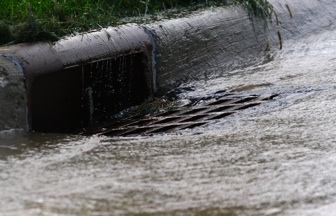 You can act as a good steward of our freshwater resources by taking small actions to conserve water:

Aquifer: An underground lake, often found between saturated soil and rock, that yields water to supply wells and springs; this water is referred to as groundwater.

Freshwater: Naturally occurring water on the Earth’s surface that has low concentrations of dissolved salts (less than 500 parts per million).

Groundwater: The water found beneath the Earth’s surface, often in aquifers, that supplies wells and springs.

Lentic: Of or relating to still water – ponds, or lakes.

Lotic: Of or relating to moving water – streams or rivers.

Natural Resource:  A naturally occurring material that is valuable to people and/or wildlife.

Potable: Freshwater that is safe for human consumption.

Renewable Resource: Any resource that can be replenished naturally with the passage of time.

Runoff: Excess water from rain, snowmelt, or other sources that is not absorbed by soil; runoff often picks up contaminants as it flows along the ground, eventually depositing them in freshwater systems.

Storm Water Drain: A constructed opening in a road system through which runoff from the road flows into an underground system of pipes, eventually leading to nearby freshwater or marine systems.