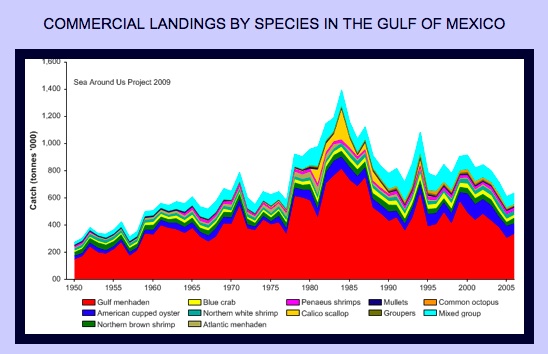 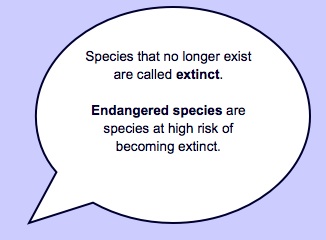 MPAs are represented by dark blue areas on the map.

A healthy coral reef in the Florida Keys.

Bycatch: Any marine organisms caught unintentionally by fishermen while intending catch other species.

Catch Rates: The amount of fish caught during a specific period of time.

Commercial Fishing: Capturing fish and other seafood to earn a profit.

Estuary: A coastal body of water where freshwater and saltwater mix.

Extinct: No longer in existence.

Intertidal Zone: The area that is underwater at high tide and exposed to air during low tide.

Natural Resource: A naturally occurring material that is valuable to people and/or wildlife.

Overfishing: The practice of fishing a body of water to a degree that the supply of fish or shellfish is exhausted and the nearby ecological balance is upset; the removal of fish from the water faster than they can reproduce.

Shrimping: The practice of harvesting shrimp for commercial use; usually involves the use of trawl nets, which are dragged across the ocean floor.

Sport Fishing: Fishing for the purpose of pleasure or competition.

Water Circulation: The continuous movement of water on, above, and below the surface of the Earth.

Wildlife Management Area: A designated space within a Marine Protected Area that is managed to protect the habitat of species at high risk of becoming endangered or extinct.