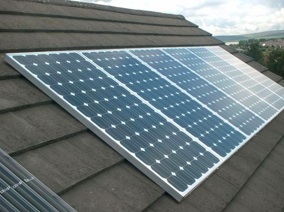 Energy Use in Florida

Acid Rain: Rain with a low pH level caused by pollutants that have been released into the atmosphere.

Energy: The ability to do work.

Energy Source: A source from which energy can be obtained.

Global Warming: The increase in the average temperature of Earth’s air and oceans cause by excess carbon dioxide in the atmosphere.

Natural Resource: A naturally occurring material that is valuable to people and/or wildlife.

Nonrenewable Energy: Energy derived from a source that we are using up but cannot replace.

Nuclear Power: Energy derived from the splitting of a large nucleus into multiple smaller nuclei.

Ocean Acidification: The ongoing decrease in the pH level of the world’s oceans.

Photosynthesis: The process by which organisms derive energy from the sun.

Renewable Energy: Energy derived from a source that is naturally replenished over time.