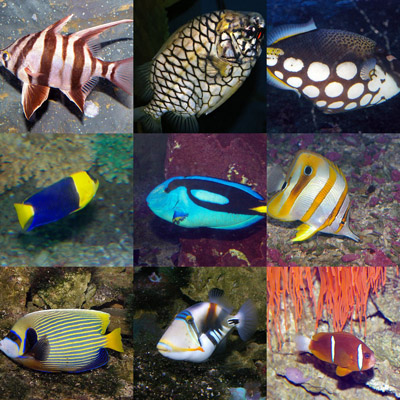 Scientists use a very specific system to classify and name organisms. This system allows scientists around the world to identify precisely which animal they are studying. 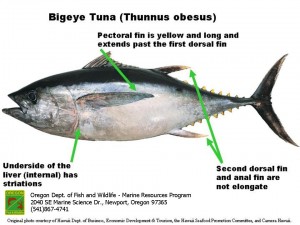 Scientists classify the bigeye tuna, and distinguish it from other fish, as well as other tunas, based on distinct characteristics. These characteristics allow scientists to place the bigeye tuna into the very broad group, kingdom, and the very specific group, species. Animals of the same species are so similar that they cannot mate with animals of a different species and produce viable offspring (offspring capable of reproducing).

Genus: The taxonomic classification which is more specific (lower) than family but and less specific (higher) than species.

Harmful Algal Bloom (HABs): An algal bloom that has negative impacts on living organisms and the environment.

Specific Epitaph: The second part of a binomial nomenclature name that refers to the organisms belonging to one specific species.

Sp.: An abbreviation for “species” that refers a single species within a named genus.

Spp.: An abbreviation for “species” that refers to all species belonging to a specific genus.